April 22nd, 2014 | Posted by horoscopesign in Astrology | Medicine - (Comments Off on Astrology, Medicine, and Astronomy) 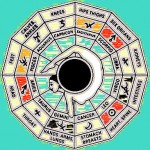 There was a time when astrology was an accepted science and was a part of medical diagnoses, as much as were a patient’s physical symptoms. It’s hard to say whether we’ve e-volved or de-volved, as we no longer think about living in harmony with cosmos. We consider ourselves too advanced scientifically to think that movements in the stars and planets might have a serious impact on our daily lives and our health.

But are we right. Who is anyone to say that man, with his limited brain, can truly comprehend the workings of the universe, or how he fits within it. Western civilization is predicated on conquering, not understanding. But it wasn’t always so.

Astrology is one of the most important historical contexts in which astronomy developed. The Babylonians carefully assembled tablets of the position of Venus, as it was believed to denote omens for weather, war, famine, diseases, rulers and kingdoms. Claudius Ptolemy composed the Tetrabiblos, believing that astrology could be placed on a rational footing, despite being a conjectural art like medicine. In practice, belief in astrology meant that horoscopes were cast for new-born children, prospective spouses and political enemies, public buildings were opened and marriage and other ceremonies conducted on auspicious days. Numerous records of astrological practice can be found from the Roman times and physicians routinely consulted astrological charts as part of the diagnostic process.

For instance, every sign of the zodiac was considered to rule a part of the human body: the Sagittarius ruled the thighs, Pisces the feet, and so on. When the moon was in the zodiac ruling a particular part of the body, bloodletting from that part was to be avoided, since the attraction of the moon might cause excessive bleeding. Numerous medical manuscripts and almanacs include the figure of the ‘zodiac man’ as a reminder of the specific influence of the moon. In addition, the power of the moon’s pulling power varied by its phases, and thus almanacs usually showed the phases of the moon.