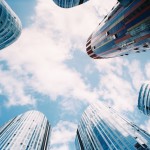 The development of Chinese astrology dates back to at least the Zhou Dynasty ( 1122 BC  256 BC). Some sources claim it began as far back as 2150 BC. The ancient Chinese astrologers began by using the position of planets, moon and stars to accurately predict the change of seasons, and flow of the tides. These predictions were vital to the success of farming at the time, as they were used to predict the best times to plant and harvest crops.

To help them keep track of passing time, the Ten Heavenly Stems and Twelve Earthly Branches were created. These important signs we used to mark the passing of what we know as hours, days, months, and years. During this time in history, only the elite could read and write, so animals were used to symbolize each of the Twelve Earthly Branches.

Legend has it that during the celebration of New Year Buddha was to decide upon the order of animals to be used for the Twelve Earthly branches. He asked all the animals in the kingdom to join him for a meeting. Only twelve animals answered the call of Buddha and attended the meeting.

Buddha granted each of those twelve animals sovereignty over an Earthly Branch. Each animal was to lead the Branch and have influence over those born during its Branch.

We know the Twelve Earthly Branches as Years. In the traditional Chinese calendar, these twelve animal signs repeat themselves in a never-ending circle, to remind us that time is a constant and has flow.

Some ancient Chinese valued the Earth over the stars. These scientists looked for the reasons behind the natural order of things. They agreed that all things had a basis in one of Five elements. To their understanding, all things were made from Fire, Earth, Metal, Water, or Wood.

They examined how these basic elements worked together and against each other. Wood creates Fire, Fire turns to Earth, Earth creates Metal, Metal creates water, and water creates Wood.