Please take a minute to visit our sponsor FREE Horoscope:

Predicting the Future for a Better Life with Horoscope-Sign.com

It is human nature to look for norms and patterns in everything.  This is why, from the early days, we have been able to identify the seasons and their patterns.  We have also been able to look at the sky and determine the weather for the next day (red skies at night for example).  It should be of no surprise that we can apply this same idea to our lives, how the stars shape our personalities. With the current Covid-19 Pandemic more people are looking for answers in astrology more than ever. Humans naturally want to make sense out of seeminly random situations. Astrology is one avenue to do just that.

There is really no scientific proof as to whether astrology is a valid science or not.  Some classify it as a hoax that is designed to get money from you, while others consider it an outright taboo.  It did start through the belief though that all our lives have already been written and we have no choice but to simply live out a future that we do not know (but what we do is inevitable… it gets confusing).  The Greeks, being the thinkers that they are, believed this and tried to correlate the human behavior with the way the stars were patterned during his birth.  Since at that time the sky had certain markers on them designating when planting season would begin, it was not long before other markers were determined that were associated with certain personality traits.  This was when the birth of astrology, as we know it, was born.

The markers that we referred to earlier are separations of the sky with a certain focal point, which is really the sun’s path.  From the focal point, the sky is separated into 12 parts of 30 degrees each, and each part would predict a particular zodiac sign.  This supposedly will say something about that particular personality, and how that personality should interact with the other zodiac signs.

Delving a little into the zodiac signs, although there are 12, there are only four major personalities, and these personality traits are based on the elements of water, fire, earth and air.  Some people who play with these personality traits do refer to how the elements interact, like saying that if a fire personality and a water interact, the fire may be aggressive but water would eventually win the argument.  These are generalizations that are put out there, with certain disclaimers that not all situations would prove this to be true.

Though so many people scoff at the idea, you would be surprised as to how many people actually believe in these horoscopes and therefor use them before making a decision. A lot of people say that Americans will not believe this because they are a people who believe in science, and yet studies show that a third of the population actually use horoscopes.  Of this percentage of the population, a quarter is composed of men.  This must be why there are over seven thousand professional astrologers based in the United States alone.  More than that, there are over two million websites that come up on a single google search on the word “astrology”.

One cannot really say why this would be so popular.  Maybe it is because as humans, we do not want to make mistakes with our lives so we would want to consult something or someone before making a decision.  Perhaps it is also because as human beings, we believe that there is a higher being who is dictating everything in this world and that this could be a good way to read that being’s mind.  Whichever the case may be, the horoscope is doing good business, it has been around for some time, and may very well continue to be for quite some time. 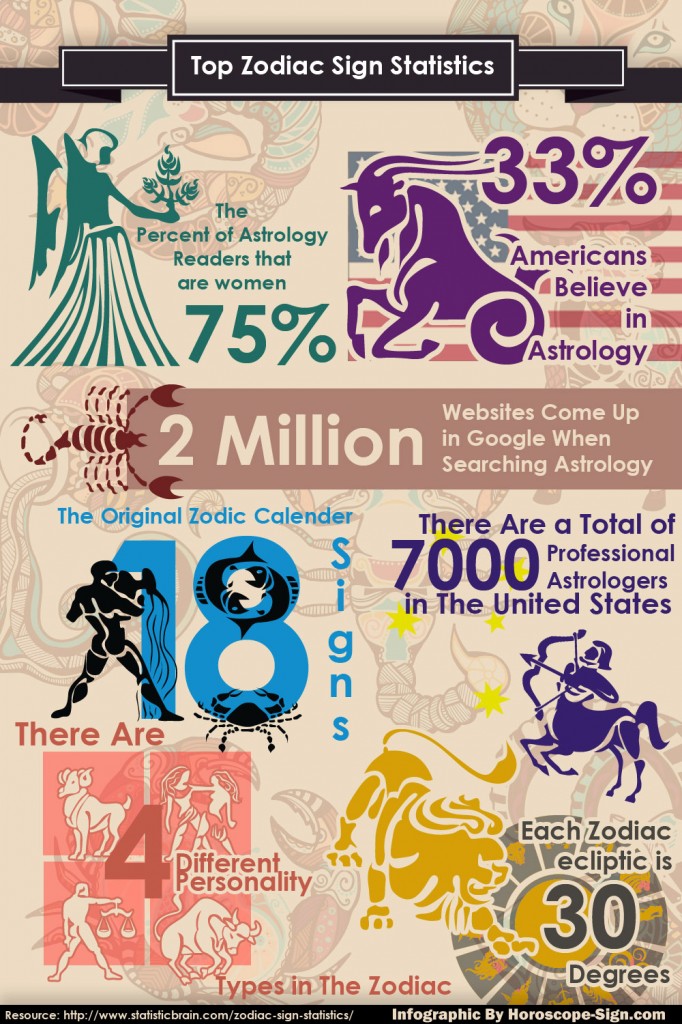 Ever wonder what the top zodiac and the least common zodiac signs are? Check out the infographic below to see the zodiac sign rankings. Another original graphic from this web site. 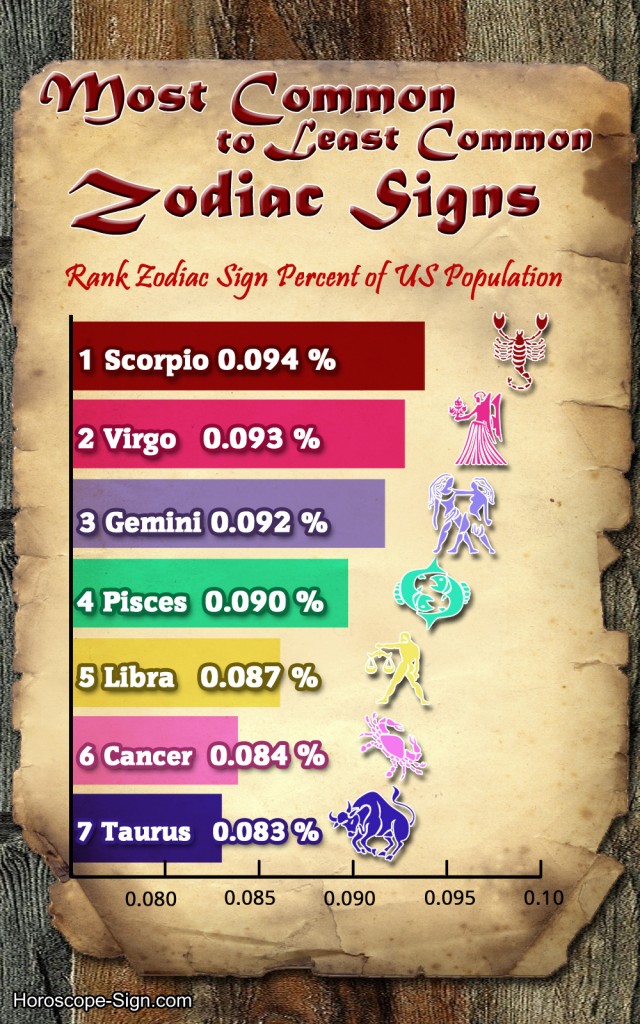