February 25th, 2016 | Posted by horoscopesign in Meditation - (Comments Off on Mindfulness Meditation and Your Brain: Carnegie Mellon Research Findings) 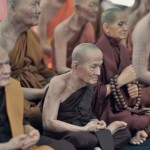 Carnegie Mellon University in Pittsburgh, Pennsylvania is renowned as a private global research center. Recently a major breakthrough in the area of mindfulness meditation and its effect on the brain has begun to emerge from a published study in Biological Psychiatry. The study was led by David Creswell, an associate professor of psychology in the Dietrich College of Humanities and Social Sciences, one of the units of the Carnegie Mellon University. What makes the results of this study stand out is the finding that mindfulness meditation “reduces interleukin-6, a biomarker of systemic inflammation, in high-stress, unemployed adults more so than simple relaxation techniques.”

Professor Creswell went on to say:

“Not only did we show that mindfulness meditation training could reduce a health biomarker of inflammation, but we also showed what mindfulness training-related brain changes drove these beneficial health effects.”

Now for anyone who is new to how mindfulness meditation differs from traditional relaxation techniques, let us explain.

According to Greater Good: The Science of a Meaningful Life:

“Mindfulness also involves acceptance, meaning that we pay attention to our thoughts and feelings without judging them—without believing, for instance, that there’s a ‘right’ or ‘wrong’ way to think or feel in a given moment. When we practice mindfulness, our thoughts tune into what we’re sensing in the present moment rather than rehashing the past or imagining the future.”

If you think that is easy to do, try it sometime. You will be amazed at how easily your mind will wander. I should also say here that if you are depressed, anxious or stressed, as the 35 adult participants in the Carnegie Mellon study were, it is fully understandable that the test results were so positive with mindfulness meditation over simple relaxation. By its very nature of deep breathing coupled with present moment focus, one is allowing one’s body chemistry to balance out. As we all know by now, inflammation is one of the major causes of disease and illness.

How the Benefits of the Mindfulness Meditation Were Determined

Before the tests began, the 35 participants were divided into two groups. The first group received a 3 day mindfulness meditation training, and the second group received only relaxation training. Both before and at the conclusion of the training, brain scans and blood work was done. The concluding brain scans showed that the mindfulness meditation training had caused the dorsal prefrontal cortex of the brain to function at a higher and more connected level. The result was better attention and executive control. Those in the relaxation training showed no brain changes.

Another outcome that was exciting is that the mindfulness meditation group also had a reduction in the interleukin-6 (IL-6) levels. Those lower levels, coupled with the changes in brain functional connectivity resulted in lower inflammation levels.

“We think that these brain changes provide a neurobiological marker for improved executive control and stress resilience, such that mindfulness meditation training improves your brain’s ability to help you manage stress, and these changes improve a broad range of stress-related health outcomes, such as your inflammatory health.”