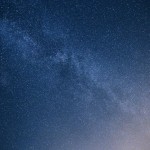 Feng shui theories today mainly work with the goal to arrange the environment made by humans in certain spots known to have good Qi. In order to find this spot, it should be the right location and an axis in time based on the accepted theories. In order to understand it better, here are some of the theories that feng shui has been known to uphold in its practice.

The Qi, pronounce as “chi”, is a difficult word to understand and is usually left as it is, without translation. In the most literal sense, the word means “air”. In today’s feng shui, Qi is similar to the word “energy”. A more traditional explanation of Qi as it relates to understanding of local environments, the orientation of buildings, and the interaction between the land to the vegetation and the soil quality. An instrument that is used to determine the flow of Qi is the luopan.

The theory of Qi stems from the different beliefs from the Axial Age. One such belief holds that the heavens influence life on Earth. This may seem outrageous to some people, but scientists today now know that space weather exists and can affect some technology such as GPS, power grids, communication and navigation systems, etc. and the internal orienting faculties of even birds and other creatures.

Polarity is another theory used in the practice of feng shui. It is expressed in feng shui as the Yin and Yang Theory. Polarity that is expressed through yin and yang can be compared to a bipolar magnetic field. It is made up of two forces- one creating a force and one receiving it. Yang is the force acting and yin is receiving. This interaction is considered as an early understanding of Qirality. The Yin Yang Theory and connected to another theory called the Five Phase Theory or Five Element Theory.

The so-called “five elements” of feng shui are water, wood, fire, earth or soil, and metal. These elements are said to be composed of yin and yang in precise amounts. The interaction between the two forces became the foundation for the practice of feng shui and how it is said to strive to achieve balance.

The two ancient diagrams that are known as the bagua are common fixtures in the practice in feng shui. They can be compared to the cardinal points of the compass today. The bagua diagrams are also linked with the sifang or “four directions” method of divination that was popularly used during the Shang dynasty although the sifang is considered to be much older.

It was also known to be used at Niuheliang as well as a big fixture in the Hongshan culture’s practice of astronomy. And it is in this area of China that can be connected to Huangdi, who was also known as the Yellow Emperor. It was Huangdi who was known to have invented the south-pointing spoon.

The cardinal directions that contained in the bagua diagram are said to be determined by the marker-stars of the mega-constellations known as the Four Celestial Animals. The East is considered to be the Blue Green Dragon. The South is the Red Bird. The West is also known to be the White Tiger while the North stood for the Dark Turtle.

These feng shui theories also loom large even in today’s practice of trying to achieve a good balance in the environment as well as the lives of people.