March 27th, 2016 | Posted by horoscopesign in Astrology | Basics - (Comments Off on Skeptics) 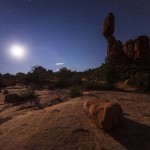 Skeptics of Astrology often say that horoscope readings are so general they could apply to anyone; and that people will look for what they want to see and ignore what doesn’t seem true for them, thus deluding themselves that the horoscope is accurate.

This skepticism would most likely be eliminated if the skeptic actually looked at a real horoscope done by a competent professional astrologer, using his unique time and place of birth. But in this second part of the series, we’ll look at an example of how a skeptic of Astrology can come to a false conclusion and go on saying that Astrology is bunk or fake to others – by NOT using a real horoscope to prove his point.

Although astrology will always have its skeptics, they should consider some of the following before making up their minds.

– Astrology probably gave birth to Astronomy. There is nothing supernatural about casting a horoscope, most of it is done according to precise astronomical and mathematical principles.

– Many famous scientists have been into Astrology:  Tyco Brahe, Karl Jung, Kepler, Huxley, and Copernicus. Many others remain anonymous.

– Astrologers do not necessarily believe in fate. They believe the stars impel not compel.

– There are 10,000 practicing paid Astrologers and millions of horoscope followers. There are hundreds of books on the topic. Only 10 percent of Americans believe there can’t be anything to it.

– Many astrologers believe in a natural synchronicity between the stars and events. Other countries place even more value in it.

– It is an undisputed scientific fact that the planets have a measurable magnetic, gravitational and electromagnetic influence on the earth. Most people agree that bizarre behavior tends to peak on full moons.

– Astrology is not limited to natal. There is also electional, horary, mundane, medical, meteorological, Chinese 12 year and millennial.

– The vast majority of those who look at their own chart (not just a newspaper column) find uncanny accurate hits.