April 29th, 2016 | Posted by horoscopesign in Astrology | Basics - (Comments Off on Retrograde) 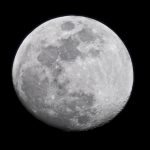 Imagine riding in a speeding train, and passing a slower train. Both trains are moving straight ahead, but as the trains are passing, the slower train appears to be moving backwards, at least from the point of view of the riders on the fast train. Astronomers refer to this as “apparent retrograde motion,” because it is an optical illusion.

This same effect occurs with the planets. As the Earth passes (or is passed by) other planets in the solar system, for a while, they appear to slow in their path across the Zodiac. Then they stop altogether, and backtrack against their paths for a short while, and stop again. Finally, they get back up to speed again, and return to where they started.

The entire period from the point where the planet started to slow down, through the backwards motion, until the planet catches up to itself and passes the point where it started fromis called Retrograde. Its a fairly common and straightforward event in astronomy, but it takes on a whole new meaning in astrology.

Retrograde periods are traditionally regarded as times when humans have little control. This is when things that are fated to happen actually happen.

Mercury, for example, turns retrograde three times a year. From February 14th, 2007, to March 28th, 2007, Mercury is in retrograde. On March 8th, 2007, it finishes the backwards motion and begins moving forward again.

Mercury rules informationconversation, communication, thinking and education. When Mercury is in retrograde, these things will have glitches thrown indisrupted communications, collapsed negotiations, and general misunderstandings, usually because some vital piece of information has been lost.

Venus turns retrograde every eighteen months. During this period, emotionswhich Venus rulesbecome muted. Venus in retrograde is the wrong time of the year to redecorate, start a relationship, or get married.

The planets beyond Venus have longer retrograde periods, that are further and further apart (Saturn, for example, is in retrograde from December 6th, 2006 until August 7th, 2007).