March 26th, 2016 | Posted by horoscopesign in Astrology | Basics - (Comments Off on Astrology Terms) 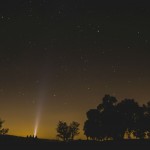 Astrology may or may not be “science,” depending on who you ask.  But, one similarity it does bear to science is a large collection of terms.  Natal charts and horoscopes can be as simple as “your sun sign is Gemini.”  Or, they can be extremely complex, taking into account exactly where and when the individual was born, where each of the planets, sun, and moon were positioned at that moment, and then measuring how each of those bodies related to each other.

The starting point of any astrology work is the Sun Sign.  This is one of the twelve signs of the Zodiac, and is the constellation the Sun was passing through when the person was born.

A Horoscope, as far as the public is concerned, is that little nugget of advice printed with their sign in the newspaper.  But the full Horoscope as designed by the astrologer is more than that.  It’s a complete map of the planets with regards to the constellations and each other.

Once the planets have been mapped, then their Aspects can be measured.  The Aspect is the measure of the angle formed by drawing lines between the planets.  The two most important Aspects are the Conjunction (which is a very small measure, less than ten degrees), and the Opposition (a very large measure, nearly 180 degrees).

The Houses are equivalent to the signs of the Zodiac, but they’re also dedicated to certain aspects of the person’s life.  One House is devoted to finances, another to health, for example.

Each planet orbits the sun at a different speed.  Mercury, right next to the sun, races around it in a matter of weeks, while Pluto plods along in an orbit that takes centuries.  Occasionally, the Earth will pass a planet, and it will seem to be “moving backwards.”  Think of riding a fast train while passing a slow moving one–the slower train will appear to be backing up, even though it’s moving forward.  This optical illusion is called Retrograde, and these periods of backwards motion show up in horoscopes and action.