A History of Western Astrology

March 28th, 2016 | Posted by horoscopesign in Astrology | History - (Comments Off on A History of Western Astrology) 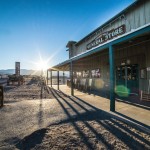 The history of Astrology begins around 2000 BCE, in ancient Babylon.  There, they began to develop a complex system of celestial omens.  The priests used the positions of the planets and the stars to state the desires of the gods.  They would document the movements in the sky and the earthly activities that followed them, and build a list of good and bad omens.  For example, if a full moon and a cloudy sky were followed by a great victory over an enemy the next day, then “full moon with clouds” would be recorded as a good omen.  Over time, this system spread across the ancient world.

The Egyptians were very focused on astronomy, with good reason.  The Sun and Sirius were used to predict when the Nile would flood.  Traditionally, Rameses II is known for defining several of the signs of the Zodiac.

Horoscopic Astrology made its first appearance in Alexandrian Egypt.  This new version of Babylonian and Egyptian astrology focused on the positions of the planets and constellations at the time of a person’s birth.  Ptolemy codified the system in his work Tetrabiblos, and very little has changed to this day.
Through the middle ages, astrology and astronomy were almost interchangeable.  The majority of the early astronomical observations of sun, moon, and planets were all done by astrologers.  Where much of astrology was forgotten in Europe during the dark ages, the Persians kept the knowledge alive, and returned it to Europe with the Renaissance.
With the Scientific Revolution starting in the 17th century, however, the two began to split apart, with astronomy becoming a science and astrology viewed more as occult superstition.

In the twentieth century, astrology became popular in the United States around 1900 to 1950.  Astrology writers also tried to simplify some of the more confusing parts, which made astrology more available to the general public.  As a result, today there is a market for astrology books and “sun-sign” predictions.