The New Popularity of Astrology

April 27th, 2016 | Posted by horoscopesign in Astrology | Basics - (Comments Off on The New Popularity of Astrology) 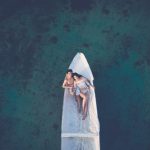 Astrology has been a part of daily life in America for some time, but it was not always so. The popularity of astrology has ebbed and waned for the last several thousands of years in the Western World. Only in the last hundred years has astrology actually become popular once more in the Western World. Furthermore, it has only been in the last twenty years that serious study of astrology has surfaced in America. People today are looking for answers once again with astrology. It is even more popular today with thanks to the Covid-19 Pandemic.

Astrology actually made its debut in the Western world thousands of years ago in Mesopotamia. The art of astrology traveled to Greece around 600 BC. The practice further spread throughout the Roman world, then abruptly disappeared.

With the European “age of enlightenment,” also known as the Renaissance period, astrology once more made an appearance in the western world. The study of astrology and its use in daily life became commonplace. However, Christianity and the early leaders of the religion drove out astrology once more.

Astrology did not reappear on the scene until the late eighteen hundreds. During this time, two prominent astrologists came forward and began publishing information about their art. This practice reached America in the early nineteen hundreds, and then continued to spread.

In the late 1930’s, the study of astrology became even more commonplace in America with the publication of American Astrology, a magazine which offered the first detailed horoscopes. While the magazine itself did not remain in print for long, the study of astrology and American interest in the art continued to prosper for some time. Horoscopes have appeared in major newspapers and later other print media since that time.

However, the actual art of astrology and the serious study of the stars was once again lost. In the sixties and seventies serious astrologists once more came to light, and more people began to take the study of astrology seriously. This was the beginning of what is known as the New Age movement.

Throughout the last several decades the New Age movement has continued to evolve. The study of occult religions such as Wicca further encouraged the study and use of astrology in America. Today, astrology is a very controversial topic in America for some, and a way of life for others.

The popularity of astrology has grown significantly over the last twenty years. More and more people have turned to Wicca and the occult for answers that they feel have not been found in Christianity. In these religions people feel that they have more control over their lives. Astrology is one part of that control. It is used to plan for the future and make decisions in the present.

Books on the topic have also become very commonplace in America over the last twenty years. Books no longer cover simple horoscopes and zodiac signs. Books on astrology that actually teach the art of divination and astrological charting have become very common and popular. Even though some Christian groups still rile against the art, astrology is alive and well in America today.